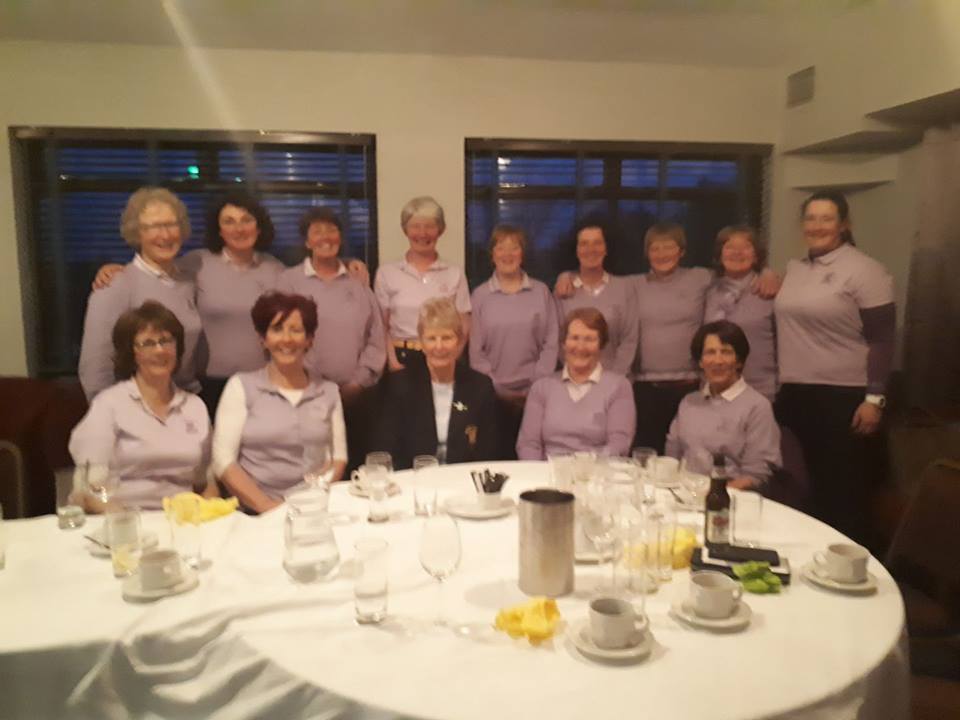 Wexford secured 5 wins from 5 last weekend in what was a great weekend for the teams. The Ladies Minor Cup team overcame Woodenbridge on Friday in Courtown, final score Wexford 4 1/2 – Courtown 1/2.  Wexford staged a great comeback after coming from 2 matches down to win the match. Therese Glasheen was dormy 4 down and had a remarkable comeback to win her match on the 19th. Ger O’ Brien was 3 down after the halfway mark and came back to win her game on the 18th. Great wins were also recorded by Madge Murphy and Osnat Manning. The team was Madge Murphy, Therese Glasheen, Osnat Manning, Ger O’ Brien and Mary Fallon.Team Managers: Lily Rowe and Maisie Purcell. The Gents All Ireland Fourball had a great win over Enniscorthy on Saturday, final score Wexford 3 Enniscorthy 2. Wexford recorded two away wins and a home win. The team at home was Andy O’ Brien and Michael Moran, James Bridges and John Pitt, the away team was Patch Doyle and John O’ Neill, Des Nash and Jimmy Doyle, Tom Connon and Jimmy Thomas. Team Managers: John Ffrench and Mick Leniston. Sunday saw the Gents Provincial Towns team take the spoils over St Helens, final score was Wexford 6 1/2 St Helens 2 1/2. The home team was John Ffrench, Paul Hynes, Joe Moore, Neil Murphy and Christy O’ Gorman. The away team was Tommy Morrissey, Pat Mags Murphy, John Hammond and Gary Martin. Team Managers: Paddy Murphy and Mick Goggin. The Mixed Foursomes team came up against a strong Rosslare team also on Sunday, Joe Cashe and Leonie Furlong recorded an early win for Wexford winning their match on the 11th, Nicky Reville and Lily Rowe won on the 17th away. Andy O’ Brien and Tara Dunne were on route up the 19th before Fred Boyd and Carmel Murphy secured the win for Wexford winning on the 17th. The team was; Nicky Reville and Lily Rowe, Brad Cohen and Louise Boshoff, Andy O’ Brien and Tara Dunne, Joe Cashe and Leonie Furlong, Fred Boyd and Carmel Murphy. Team Managers: John Pitt and Tara Dunne. The last of the matches to take place over the weekend was the Ladies Junior Foursomes against Carlow in Coollattin. The ladies had a convincing win with Trina Walsh and Anna Sullivan winning on the 14th before Maggie Hearne and Denise Dunne sealed the win for Wexford on the 15th. The team was: Theresa Kehoe and Mary Rice, Maggie Hearne and Denise Dunne, Trina Walsh and Anna Sullivan. Managers: Maisie Purcell and Wendy Tiernan.

Next weekend sees the Ladies Challenge Cup in action in their second round match against Tramore at 3.15 in Tramore. Best of luck to all!