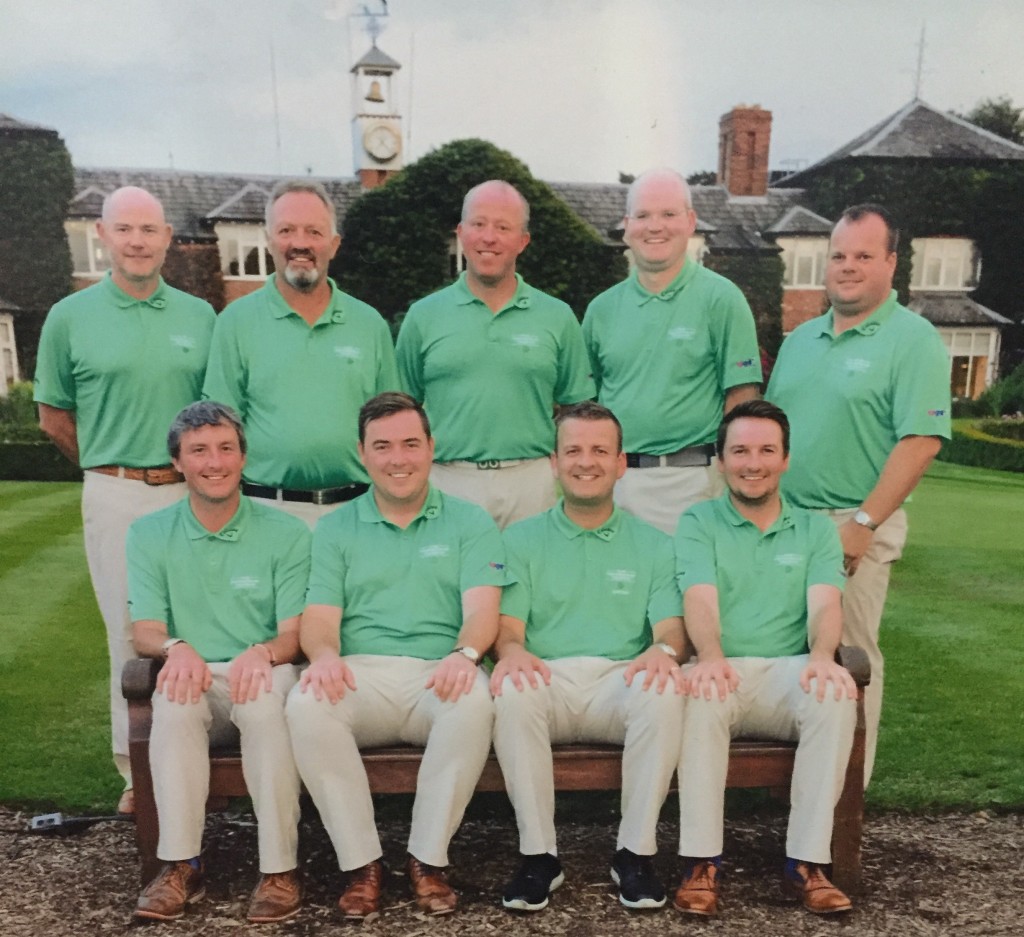 With the Ryder Cup only a couple of weeks away, our very own Wexford GC Professional, Liam Bowler got a taste for the match play action last week in the Belfry with the TGI Partnership Trophy.

The home nations of Scotland, Ireland, England and Wales were each represented by eight TGI P.G.A. Club Professionals who qualified for their places in the teams after qualifier events throughout the year.

The format of the event saw six matches playing foursomes in the morning over the PGA National Course with two points available to the winning pair. This was followed in the afternoon by a player from each nation contesting a three ball strokeplay medal singles match on The Brabazon Course, with three points to the winner, two to second place and one for third.

Liam Bowler was paired with Paul Steveson of Portadown for the foursomes and unfortunately were beat 4 & 3 by some hot golf. The only Irish pairing to win in the foursomes were David Ryan of Cahir Park and Peter Jones of Coolattin

After the morning foursomes finished, England & Wales were on eight points while Scotland and Ireland were both on two points each.

So to the afternoon singles medal matchplay were Ireland stage a dramatic fight back to tie with England & Wales despite after been 6 points behind!

Liam Bowler finished the matchplay on +3, beating his Scottish and English/Welsh competitors, over the four-time Ryder Cup host venue along with Bernard Quigley Tullamore, Jerry Scullion Kileel, David Hughes Masserene, Peter Jones and David Ryan who all delivered in the singles matchplay.

There was time for a sudden death play off with each team selecting one player – Vandenberg for England & Wales and David Ryan (recent joint winner of the Wexford Pro-Am) of Cahir Park for Ireland – to play the famous 18th hole of The Brabazon.

A beautiful sunset greeted the players as they reached the 18th tee. Both hit solid drives, Vandenberg’s finding the fairway while Ryan’s just run out of room and into the rough.

With Vandenberg in prime position to hit the green and Ryan’s ball sitting nicely in the rough the Irishman pulled out his five wood and went for the green. However, it didn’t quite have enough and dived into the water in front of the green.

Vandenberg turned the screw by hitting a solid six-iron to within eight-feet.

Ryan took a drop and popped the ball to within six-feet and sunk the putt for bogey, leaving the Englishman with two putts to claim the victory for his team, which he did with ease.

Resulting in the host nation getting a win in the inaugural event.

This website uses cookies to improve your experience while you navigate through the website. Out of these, the cookies that are categorized as necessary are stored on your browser as they are essential for the working of basic functionalities of the website. We also use third-party cookies that help us analyze and understand how you use this website. These cookies will be stored in your browser only with your consent. You also have the option to opt-out of these cookies. But opting out of some of these cookies may affect your browsing experience.
Necessary Always Enabled
Necessary cookies are absolutely essential for the website to function properly. This category only includes cookies that ensures basic functionalities and security features of the website. These cookies do not store any personal information.
Non-necessary
Any cookies that may not be particularly necessary for the website to function and is used specifically to collect user personal data via analytics, ads, other embedded contents are termed as non-necessary cookies. It is mandatory to procure user consent prior to running these cookies on your website.
SAVE & ACCEPT